Maciej Zawadziński: Google labeled FLoC as “privacy-friendly”. But privacy and tech experts say otherwise. Some even state that FLoC is actually worse than cookies. With so much opposition, how did Google conclude that FLoC can protect privacy?

Rotem Dar: As Google and its Chrome team plan to depreciate third-party cookies, the implied assumption behind FLoC is (1) that it exposes less identifiable data in comparison to third-party cookies, (2) that by itself, it doesn’t disclose enough details to identify a user or disclose their sensitive information; and (3) that FLoC is a sufficient data source for applicable marketing use cases.

There is no doubt that the testing of FLoC did not improve the privacy of users who were part of it. For them, third-party cookies were still on. FLoC was just an additional data exposure.

As to the assumptions above, the first one is  probably true. The answers for (2) and (3) are more complicated, as they depend on the implementation, and there is not enough public information to determine it. It relies on how many additional privacy components Google will implement, and how granular FLoCs (if ever coming to production) will be. My opinion, as it also comes into place with product decisions we have made for Crumbs, is that it is a mistake to look at third-party cookies as the sole privacy threat to users.

In essence, stating that “FLoC can secure privacy” is a bit simplistic. I don’t think that anyone, including Google, would fully support such a statement at this time.

In essence, stating that “FLoC can secure privacy” is a bit simplistic. I don’t think that anyone, including Google, would fully support such a statement at this time.

Maciej Zawadziński: Postponing the death of third-party cookies is the latest development in the FLoC saga. What will Google do now? Will they continue working on FLoC? Or will Google trash it and seek another technology?

Rotem Dar: Google will certainly work on additional solutions because they never claimed FLoC was the only replacement for third-party cookies. While they don’t exactly deal with the same use cases, I think FLEDGE might be the more interesting proposal for targeting data. At least on the surface, it seems somewhat more granular, while not necessarily creating more privacy exposure. Recently, there were also comments from Google regarding a topic-based FLoC equivalent, which may also imply that the original FLoC approach was not validated successfully.

I think there are going to be more plot twists. Google would have to maneuver between the antitrust pressure it’s experiencing globally, the expectations of the ad industry, its shareholders and of course, users. The announced delay was not a surprise to us. We anticipated that this timeline was too short for them to ensure they are making the best decisions. Once Google declared they will not retire third-party cookies before setting up an appropriate alternative, they naturally set a high bar for themselves, and there are too many missing pieces at the moment. Having said that, the train has left the station. It may take longer, but third-party cookies will be gone from Chrome at some point, probably by the end of 2023 as the current timeline states.

Maciej Zawadziński: FLoC is the talk of the town, but it also signals a general problem with online advertising. Can a business that heavily relies on consumer data ever be privacy-friendly?

Rotem Dar: When a company holds so much of your sensitive data, whether directly or indirectly, discussions about privacy become very complex. Browser developers, Google among them, can improve users’ privacy by ensuring that the browser doesn’t leak users’ data to third parties, unless it’s strictly required for loading a page. Also, other parties that utilize that data, namely advertising partners, will have to adopt better privacy practices in order to address consumers.

And still, Google is directly involved in so many aspects of an average user’s digital life, so one can ask “what’s the difference between sharing your information with multiple companies and sharing it with different business units at Google?”. Google’s services rely on personalization and utilization of data. They can transform themselves to become more privacy-friendly, more socially responsible to some degree. But Google will still have, on average, more access to personal information than any other company on the globe. Some may say that that’s a fair state, given their role in so many people’s day-to-day life.

With all that said, it is still a positive sign that Google declares its commitment to a more private web. I predict that we will see Google and other big tech companies evolve towards a ‘sustainable privacy’ that respects users’ rights while being mindful of the need to fund content. 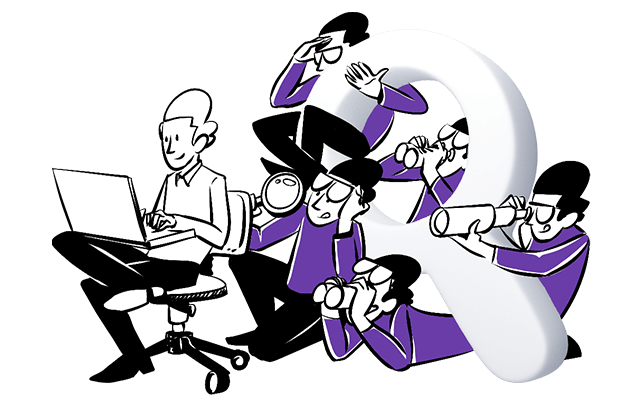 Maciej Zawadziński: As a reaction to uncontrolled online tracking, the privacy technologies have grown more popular. The rise of ad blockers is only the tip of the iceberg. Can you provide a brief overview of the privacy tech market? What forces shape and affect it? Who are its clients?

Rotem Dar: I’m impressed that you mention a “privacy tech market”, though this formulation might  be a bit ahead of its time. The market for privacy is indeed becoming a distinctive segment, but it is very hard to define.

For example, as a chain reaction to the big data transformation, we can certainly identify a shift in the set of considerations consumers have when making a conscious choice. And if Apple signals privacy as their biggest differentiator (see their last video ad campaign…), this concept moves into the mainstream. The term “surveillance economy” has become common as more and more people understand the potential threat of the personal information’s abuse. And yes, that also implies that there is a potential for a “privacy tech market”, in some shape or another. All signs are there, so to speak.

But what is the “privacy tech market”? In some cases, it’s easier to put your finger on exactly what that would entail, like when a user purchases a VPN to conceal their online activity. But is the iPhone, as a product, a part of that market? I don’t think there is still a definitive answer. The target audience of these products is different, most notably in size.

I predict that the market around privacy concerns and needs will be shaped to a more concrete form in the next few years. Privacy, whether in the form of a standalone product or as a component, will transform to a more mainstream demand for end users, making each of us a potential client.

Consumers who require privacy as part of their user experience will expect it across the board in different interactions they have with the web. Advertising is not different –  when marketers want to engage with consumers, they will have to do so in a way that consumers accept. From the technical point of view, users might use means to block engagements that don’t respect their choices. From the brand’s safety perspective, if users associate the brands with practices they don’t appreciate, it may simply be counterproductive and dilute the brand’s image.

I predict that the market around privacy concerns and needs will be shaped to a more concrete form in the next few years.

Maciej Zawadziński: Where does Crumbs.org fit into this? It’s not a simple ad blocker, right? What kind of problems does it address?

Rotem Dar: Crumbs is part of this privacy transformation. It aims at dealing with tracking in the same way as the ad blockers dealt with ads.

And I am not only referring to its technical aspect, but also to the cultural phenomenon that comes with it. We want to empower a similar revolution in users’ rights like we once did with ad blocking. We want to take a technology that is perceived as a bit on the fringe due to its complexity, and make it mainstream by simplifying it to the end user, for the benefit of a more sustainable ad economy.

Crumbs armors the user with a tangible tool to enforce their privacy preferences, and to have a say about how they want to be addressed by the online economy. It provides users with the best free privacy protection, while actually improving the user experience and the transparency of data usage.

We have two goals: we want to continue improving the online economy,  while providing all the privacy features that enable users to remain unidentified as individuals. We don’t want one to be a determinant of the other. Though accessing new, high quality content is the reason we all browse the web, this requires the right environment where content creators are also able to make a living. More specifically, it requires available data to facilitate advertising. Crumbs facilitates anonymized marketing data, also for programmatic bidding, and aids publishers and marketers, whether big or small, to utilize this data. All this while completely empowering users with their data and making the value exchange transparent.

Maciej Zawadziński: As soon as a new tracking method is introduced, a privacy technology that disables it closely follows. Do you see an end to the battle between tracking and privacy tech? Or will this fight last forever?

Rotem Dar: I think that there is no binary answer to this question.  On the one hand, this race will always exist to a certain extent, due to the significant incentive for using the data. On the other hand, the privacy-preserving marketing solutions that effectively provide access to worthwhile marketing data can reduce the incentive for tracking users without their consent. Crumbs is there to protect users in this race, while creating this new privacy-preserving ads infrastructure, which will be key for sustainable privacy and online economy. 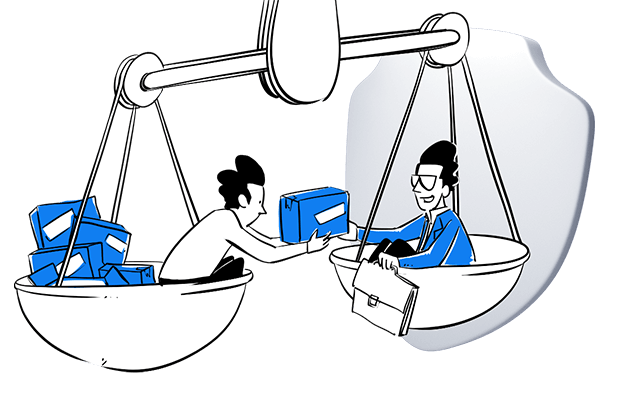 Rotem Dar, Product Lead of Crumbs
Rotem leads eyeo’s internal entrepreneurship in the fields of AdTech and MarTech, with emphasis on the company’s online data strategy and its user-first marketing technology.

Prior to his current role, Rotem was responsible for founding and establishing his brainchild, eyeo’s SSP subsidiary, the Acceptable Ads Exchange (AAX), setting its first company structure and strategic partnerships. He then served as its Head of Commercialization thereafter.

His passion for technology, online marketing, and his background in corporate, competition and privacy law, have helped him in leading eyeo’s expansion of its services and technology offering, and in improving the addressability of eyeo’s flagship Acceptable Ads. His current work also focuses on ideating and developing a new privacy-preserving ad-attribution product for eyeo, which will have a large impact on how data is protected and used in the future.