Maciej Zawadziński: The private sector is often used as a benchmark in evaluating the online presence of government organizations. Public institutions work very differently than companies, so what is the point of doing that?

Toon Vuursteen: I always advise public institutions not to take the private sector as an example too much. Of course, there are some things to be learned from them. Commercial companies are more experienced in conversion rate optimization and A/B testing than most government institutions. Also, knowledge about the psychology behind online persuasion is more widespread in the private sector. For example, the use of Cialdini’s 7 persuasion principles. And of course there is much more knowledge about digital marketing and audience targeting.

But the digital information and service channels of a government organization are really something different from an ecommerce website. Comparing them isn’t always useful, and in some cases is even harmful. Sometimes I see organizations in the public sector trying to benchmark metrics like their conversion rate against the conversion rates of commercial websites. This doesn’t make any sense.

The conversion rate for applying for a new driver’s license can’t be compared to buying jeans in a web shop. Even the worst web form shows a high conversion rate if it serves to apply for a driver’s license. People can’t go without a license, so they will struggle through the most awful web form. Also, government websites are much more about informing citizens on a wide variety of subjects. A successful visit is when the citizen can find the information quickly and the information is correct, complete and easily understood. Also, the information should be accessible for people who are visually impared or have other limitations in using websites.

Digital information and service channels of a government organization are really something different from an ecommerce website. Comparing them isn’t always useful, and in some cases is even harmful.

Maciej Zawadziński: Let’s talk about the big picture. Companies use the internet as a customer acquisition channel for their products and services. What would be the public sector’s “ultimate” reason for an online presence?

Toon Vuursteen: The online presence is all about making it possible for the citizen to do business with the government in a modern, easy way. Citizens are used to a smooth digital interaction with commercial companies, and they expect the same from their government. At the same time, governments – just like companies – try to save money. Online transactions are less expensive than transactions by phone or at the service counter in the municipality hall. There are many standard transactions that can be done online. This leaves more time and money for public servants to address the more complex custom transactions. In the end, it’s all about serving the citizen as well as possible within the limits of budgetary and time constraints.

Also, reputation management is an interesting field for governmental organizations. The Dutch court system, for example, puts a lot of effort in providing objective and important news articles about important lawsuits that are going on. They also communicate a lot about how judging in court works, for example, explaining why sentences are less harsh than the average citizen would expect in some cases. In general, most government agencies are only present in the media when something goes wrong. So they themselves need to tell us what’s going well. They need to defend their reputation.

Maciej Zawadziński: Companies tend to continually optimize their online channels to increase sales. What about the public sector? What are the things that public institutions can refine, and what would the expected outcomes be? 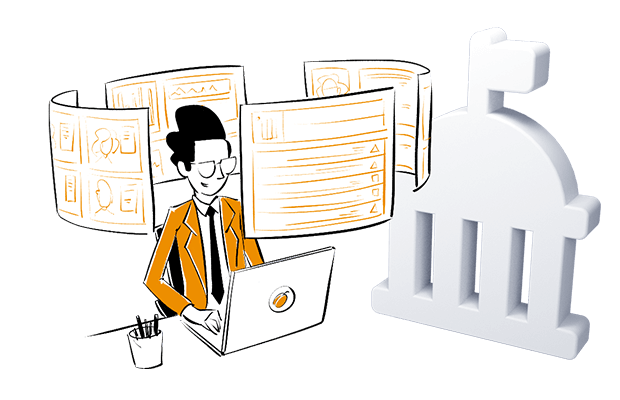 Web analytics for governments
Part 1: The framework for setting the right KPIs
Part 2: How to work with strategic & tactical goals
Part 3: Working with operational KPIs

Toon Vuursteen: Public institutions need to refine the ease of use of their digital channels. We all know the theory of “top tasks” developed by Gerry McGovern. Most citizens use the digital channel of a government agency for just a handful of tasks. These tasks should be as easy as possible.

Optimizing the whole website is impossible for a government agency, but make sure that the top tasks of your citizens are optimized as much as possible. Spend 80% of the money and time of your online team on optimizing these top tasks. I know that’s hard. Legislation requires agencies to facilitate hundreds of tasks and deliver information about many subjects that only a few people ever need. But try to focus on the stuff that is important for the average citizen. Make those into the most easy and happy customer journeys imaginable.

This is happening more and more in the public sector. User-centered design, design thinking, focus groups, citizen participation is emerging really fast in the public sector. Last week I even read about an experiment in which a government app was designed by citizens. The designers of the government agency facilitated the session and only afterwards shared their opinions with the citizens. The initial design was completely done by the citizens themselves. The outcomes were radically different from what the designers would have come up with. Of course, the citizens weren’t UX or service designers, so they made some “design mistakes”. But the solution they came up with was not restricted by the ways of thinking and procedures of the government agency. They came up with a solution that could only be created by citizens themselves.

Maciej Zawadziński: Analytics data is the cornerstone of online presence optimization. How would you describe the current state of public institutions’ adoption of online analytics? What data do they collect and how do they work with it?

Toon Vuursteen: The current status of digital analytics in the public sector makes me cry. Most people working on governments’ digital channels are absolutely not data-minded. Data is scary, Excel is scary, numbers are scary. Also, measuring is much less important than in the private sector. You don’t spend millions of euros on digital advertising that needs to be monitored closely because every single euro has to be earned back.

In the old days, I worked as a digital analyst in the private sector. My job resembled the job of a stock exchange broker. Each keyword advertised on, each banner we put on the internet, each YouTube clip, was measured. We measured reach, engagement, click-through rates, conversions. All revenue and ROI were closely monitored and optimized. It’s a bare necessity for running a healthy business. Although many online teams in the public sector feel the obligation to serve citizens as well as possible, it’s not a game of life and death like it is in the private sector.

One more reason for not using the full potential of online analytics is that most analytics tools are designed for the private sector. They contain many standard reports about CPC, CPO, conversion, ROAS, ROI etc. etc. All very vital for ecommerce but pretty useless for the public sector. 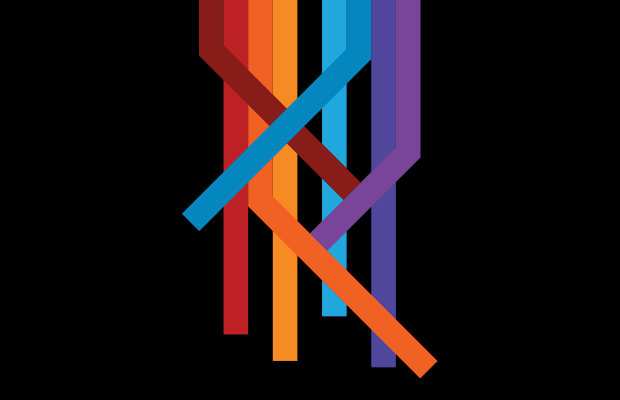 Transformation of the public sector: How to measure and optimize the digital citizen journey? [webinar recording]

Toon Vuursteen: That’s caused by what I just said about analytics tools not being very useful for government agencies. Which ad group delivers the most revenue isn’t very useful because… well, there is no revenue [laughs].

Public institutions want to measure the effectiveness of their online channels with very different metrics. Because, as I mentioned before, the aim of governments is to serve and inform citizens as well as possible. They need different kinds of metrics like ease of use, task speed, accessibility, task completion rate. In the end, they also need strategic KPIs such as reputation score, rate of reducing operational cost, content comprehensibility rate etc.

These metrics are not present in Google Analytics or Piwik PRO. So I developed a layer on top of those platforms that delivers metrics which are more useful for governmental use. This layer is called the FTG framework. I’ve written a bunch of articles about it. Three of them are on the Piwik PRO website, by the way. Those three I consider the best because I wrote them together with Karolina Lubowicka. Actually, I just talked and she did all the writing. That’s why the articles are so good [laughs].

Maciej Zawadziński: There’s a lot the public sector can learn from the private sector. How about the other way around? Is there something that the public sector does better and companies can adopt to refine their own online activities?

Toon Vuursteen: Yes, sure. First and foremost, developing accessible websites and apps! Most websites in the private sector are really not accessible for the visually impaired.

Also, most web teams in government organizations are starting to be very good at comprehensible writing. I encounter more and more texts on government websites that are easier to understand than texts on e-commerce websites. This used to be the other way around. Government websites were full of terrible public servant lingo. That is no longer the case.

Last but not least, privacy is much more top of mind with government organizations and they put more effort in making sure the privacy of website visitors is guaranteed. That’s why the Dutch government uses Piwik PRO Analytics, while most commercial companies still use Google Analytics.

The aim of governments is to serve and inform citizens as well as possible. They need different kinds of metrics like ease of use, task speed, accessibility, task completion rate.

Toon Vuursteen is a Dutch thought leader in digital analytics for the public sector and the author of the FTG (Functie-Taak-Gedrag) framework. He has advised many public service institutions, including the municipalities of Amsterdam and The Hague (Den Haag), the Dutch court system (Rechtspraak) and ministries, departments and agencies of the Dutch central government (Rijksoverheid).